Rockin the blues - bluesin the rock 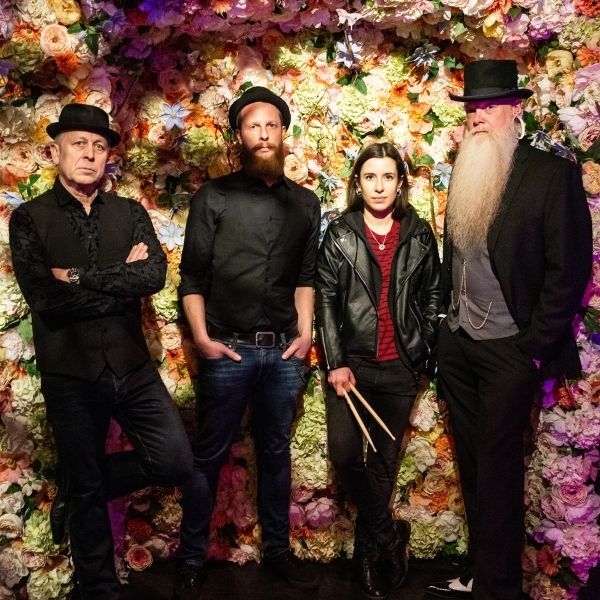 Rockin the blues - bluesin the rock

Honey Creek has finally released their third album.
It starts out with the title track “Rattlesnake and the Junkyard Dog”, going full force right from the get-go. The song musically and lyrically describes what happens when two hot blooded personalities go head to head in a relationship. And like a train-wreck, there’s nothing you can do about it, but you can’t seem to look away either.
“Foolin’ Around” with its bluesy melody and jazz influenced guitar is the second song on the album. Its clear cut message and flow could have been penned in the 40’s.
Songs like “Alley Cat” with its New Orleans feel, or the funky “Honey Creek Groove” showcase singer James Boyle´s versatility and the band’s sense of adventure in exploring other, blues influenced sounds.
Honey Creek has a special vigor, that has helped push this album “beyond the beaten path of twelve and eight bar blues”(Bluesmagazine NL). With influences ranging from Vaudeville to folk-like melancholy, from rustic rhythms to driving hardrock riffs, the songs tell tales of life, longing, anger and joy. Songs that can touch your heart, and blast your speakers, like “Sailor for your Love”, or “All that I want”. “South of Nowhere” can transport the listener to a desert highway, or, with “Burn the Castle down”, make you feel the hot breath of bloodhounds on your neck.
The experience gathered recording the first two albums, which were simultaneously second and third place in the international download charts, helped the band achieve a greater depth of sound and expression. Expressing the things that make up life, simply, intensely, and with a large chunk of Rock n Roll.
Honey Creek has played twice at the Russian Blues Festival in Suzdal, and toured extensively throughout Germany, France and Luxembourg. Their songs have been downloaded all over the world, with the most downloads outside of Germany being in the USA, France and, believe it or not Colombia.