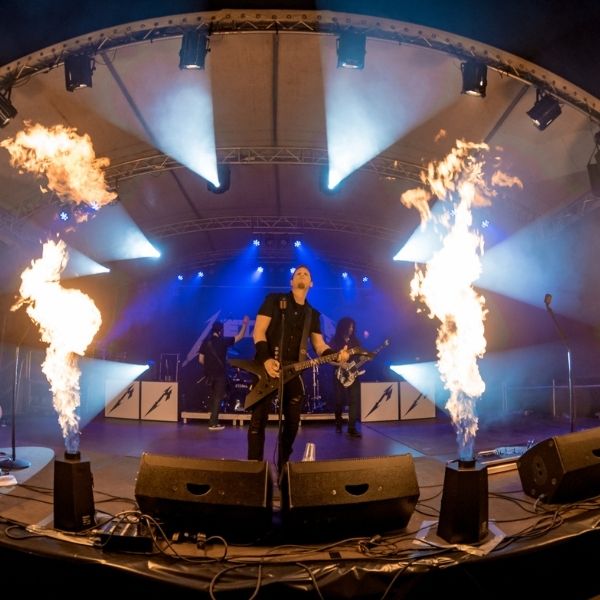 Since 2005 Metakilla is the provably most booked METALLICA tribute band in Germany. The passion for music is one of the reasons why Metakilla is successful for so many years. With more than 200 top-class shows the band is firmly fixed in the professional tribute scene. Four skilled musicians from Saarland place great importance on their show concept with forceful live sound, own pyrotechnics and stage scenery that is planned in the minutest detail. Outfit and instruments are matched to the originals. Metakilla´s first highlight was in 2008, when they were officially committed to the world´s biggest heavy metal festival “Wacken Open-Air”. The group is more than just a lackluster cover band. Even METALLICA singer James Hefield was amazed in 2009, shortly before his own concert in Stuttgart. With many years of experience and their love for detail, Metakilla imposes authentic standards for METALLICA tribute shows in Germany and Europe. Fans can look forward to a thrilling concert highlight with “Best of” all METALLICA albums.